A child, a worm, and a new era of drug discovery 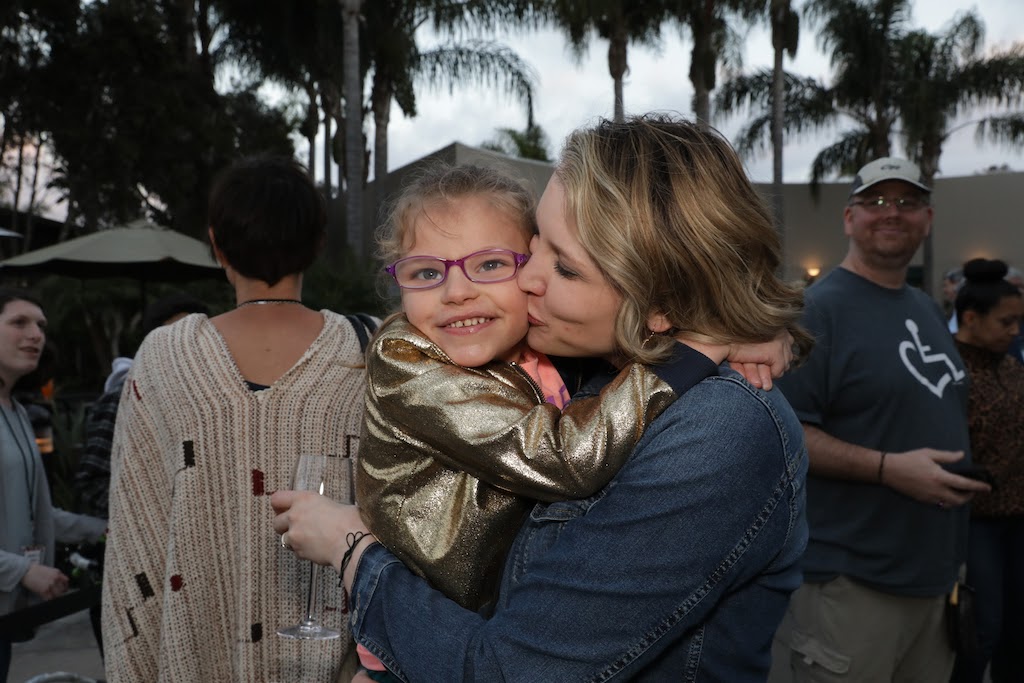 A 1 millimetre worm called C. elegans - is quickly challenging the status quo of drug discovery. This article will tell the story of how this tiny worm enabled a life-changing drug therapy for a child suffering from a rare disease, two scientist entrepreneurs uncovering this worm’s untapped potential in bringing treatments to the people who need them, and of the UK start-up of biology and automation experts who are determined to bring the power of C. elegans to the biotechnology and pharmaceutical industries.

Three years ago, Holly Carmichael would never have dreamt of having a conversation with her daughter, or of watching her ride a bike independently. Her daughter, Maggie, has a rare genetic disorder called PMM2-CDG. It affects many aspects of her daily life and development, from the inability to walk independently and communicate clearly, to inflicting nerve pain and seizures. It does not currently have any approved treatments.

Today, Carmichael watches her daughter pedal her bike, as Maggie excitedly tells her about the birthday presents she received from her grandparents. ‘It’s just priceless to be able to have a conversation with your child.’

To find a treatment for Maggie, Carmichael joined forces with Ethan Perlstein, the CEO of Perlara, a drug discovery company.

In 2017, Perlara began screening thousands of drugs using the tiny worm called C. elegans. They screened drugs that had prior approval for other diseases but might treat PMM2-CDG, a process known as drug repurposing. Traditional drug screens use cells and mice to screen for novel compounds, but using C. elegans for drug repurposing is ‘really cheap, really straightforward [compared to traditional drug screens],’ says Ethan Perlstein, the CEO of Perlara PBC. Perlstein studied Molecular and Cellular Biology at Harvard and Princeton before founding Perlara in 2014.

They quickly found Epalrestat, used to treat diabetes, as a potential treatment for Maggie. Due to Epalrestat’s prior use in humans and proven safety, they bypassed the time-consuming and costly preclinical stages and moved straight into an n=1 clinical trial with Maggie.

Today, Maggie has been taking Epalrestat for nine months and is showing vast improvements in speech, walking, fine motor skills, balance, and growth.

Maggie moves around by crawling, but even so, she used to ‘painfully face-plant five or six times a day,’ says Carmichael. ‘I felt awful that there was nothing I could do for her.’

Maggie is now able to do more things for herself, like brushing her teeth and washing her hands, and her daily face-plants are now a rare occurrence. With her new language skills, Maggie recently told Carmichael she’d been awarded star student of the week at school. ‘It really tickles her that people can understand her now,’ says Carmichael. ‘It’s the little things that improve her quality of life so much.’

A larger clinical trial for Epalrestat is planned to start in 2021 and Perlstein is understandably excited about the future. ‘The opportunities for drug discovery using C. elegans blows my mind,’ he says.

Perlstein motions to his arm and adds, ‘if approved, I’ve vowed to get a tattoo of the drug structure!’

C. elegans is a game-changer for drug repurposing and rare disease research

It took three years to move from C. elegans drug screens, to drastically improving Maggie’s quality of life. For how many other people could C. elegans identify a treatment so quickly and easily?

With over 7,000 rare genetic diseases and 95% of these lacking treatment, millions of patients require drugs rapidly. In the UK alone, there are more than three million people with rare diseases, yet patient numbers for individual rare diseases are small. This makes drug discovery using traditional methods economically unviable.

‘Due to their low cost, using C. elegans in drug discovery is perfectly suited to filling a void for the treatment of rare genetic diseases,’ agrees James Doyle, the CEO of Modelis, a Canadian biotech startup

Time is invaluable for many patients, and alongside repurposing old drugs, C. elegans could rapidly bring new drugs to patients.

PERL101, a novel compound discovered using C. elegans, progressed to testing in mice in only one and a half years. This is a feat that normally, using cells and mice, takes three to five years. PERL101 seems effective for slowing the progression of Neimann-Pick C disease (NPC) in mice, and hopefully humans. NPC is a rare, progressive neurodegenerative disease that is currently incurable, and time matters. C. elegans could be indispensable for quickly bringing treatment to patients of many diseases, and ultimately, for improving patients’ lives.

‘There is an immense amount of potential for drug discovery using C. elegans,’ says Doyle.

From within the rare disease community itself, Carmichael calls, ‘Give us these worms!’

Overcoming the barriers to bring C. elegans to drug discovery

This expertise is rare to come by for biotechs and pharmaceutical companies. Academic C. elegans labs are not typically set up to meet the requirements of industry -- their experts may know worms but lack knowledge on how to best apply them to addressing the industry’s specific research questions. Academic labs also struggle to work to the tight timelines and commercial pressures on biotechs and pharma, who need to progress their compounds as quickly as possible before losing out to the competition or the time restrictions on their own IP. There is a clear market need for a commercial C. elegans lab that can tailor its services for industry needs.

Dr. David Weinkove, a renowned C. elegans academic, co-founded Magnitude Biosciences, a specialist Contract Research Organization (CRO) and commercial C. elegans lab, in 2018, to bring together the best minds in biology and engineering and turn his vision of improving drug discovery with C. elegans into a reality for industry.

Not only are Magnitude Biosciences one of very few commercial C. elegans labs in the world, but their team has also pioneered a unique automated imaging technology which yields much greater insight from C. elegans as a model -- their healthspan technology and analysis shows the impact a compound has on the mobility and health of worms, a much richer set of data endpoints than achieved by looking at just a worm’s lifespan. Their team of specialists ensure reproducibility and reliability is achieved in every aspect of their studies -- from worm-picking specialists who ensure the worms used are the right ones for each study, to the automation and analysis specialists who ensure the right data is captured to inform customer research decisions with confidence.

Looking to the future of C. elegans in drug discovery, Dr. Weinkove commented, ‘What we have seen in the pandemic is a race to find vaccines and therapies to treat those with the virus, a need for speed as well as effectiveness. There is rising demand for research tools that speed up discoveries in medical science without compromising on scientific rigor or reliability. What we seek to achieve with bringing C. elegans to the biotech and pharma sectors is to help researchers understand their compounds’ impact on health much more quickly than they are able to with other methods, with reproducible and reliable data that they can use with confidence.’

Head of Marketing Mira Nair added, ‘We want there to be many more stories like Maggie’s, where C. elegans are enabling significant research breakthroughs. At the end of the day, the reason we do what we do is to play our part in finding those therapies that will make humans healthier and live not just longer lives, but achieve a better quality of life. ’